Home > Quality of Life > Making the Most of Every Day

Making the Most of Every Day 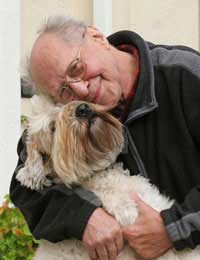 If we were wise, every one of us would behave as though our time here is limited, which of course, it is. Unfortunately, many of us act as if we have all the time in the world until something makes us stop and reconsider our choices. The diagnosis of a serious or terminal illness, for many people, provides just such a wake-up call.

In today’s busy world, it is not uncommon for people to rush through their days, just trying to keep up with all of their many commitments. The problem is that those days quickly turn into months and even years, with time passing in a blur. Adults are often surprised at just how quickly time goes by, especially when they think back on the summers of their childhoods, which seemed to last and last. The difference is entirely one of perception, of course; days have always been comprised of 24 hours each, but children have the innate ability to relish their time, make fun a priority, and never consider it wasteful to lie back on the grass and study the clouds. Those same children, once grown, often fail to see the value in activities that don’t result in a paycheck.

Too often, we focus our energies on everything but the things that matter most. After diagnosis, though, priorities are bound to be reshuffled, with the truly important stuff finally making its way to the top of the list. Somehow, petty arguments and everyday worries become less pressing, with a commitment to living well being the main goal. While every person’s priorities will vary a bit, many people find that the most important things turn out not to be things at all, but people and experiences.

Most of us have lists of things that we hope to do, but we often put off doing them for a variety of reasons. We tell ourselves that we will travel “someday” or we avoid certain activities that sound fun because we think we may appear silly or we don’t love the way we look in a swimsuit. Since “someday” may never come, postponing pleasure, especially out of fear, seems especially unwise, a lesson that the terminally ill have learned the hard way. Everyone, even the healthiest amongst us, should take note and strive to live our lives in ways that would leave us with few regrets, should we discover our time here to be shorter than we had imagined. Sitting down with a pen and paper to make a list of things yet to be done, both large and small, is a good exercise for everyone, but especially the terminally ill. Checking those things off the list should provide a sense of accomplishment – and hopefully make the last part of life the most fun and memorable of all.

Even worse than leaving a list of activities that one never experienced would be leaving friends and family members that never got to hear how much they meant. Many people hold back on expressing their feelings, possibly fearing that the sentiments won’t be returned. Maybe they’ve simply learned to be uncomfortable with emotional displays – many people are. In any case, the knowledge that one is faced with a short life span may make it easier for people to express their love and appreciation to those who matter most.

Life is short. Even if we live to be one hundred, there are bound to be things that we never found time to do and people whom we cared for, but somehow failed to tell. If there is one good thing that comes from the diagnosis of a terminal illness, it just may be the realisation that no one should postpone enjoying the best things in life. Tomorrow may be uncertain, but today is ours to live.

Accepting Terminal Illness
Share Your Story, Join the Discussion or Seek Advice..
[Add a Comment]
I have a 25 year old Godson who has cancer. Nearly 2 years ago now he bit his tongue accidentally and it started bleeding. He woke up one night when his tongue was bleeding profusely and it wouldn’t stop. After being taken to the hospital and after a series of examinations, blood tests etc it was found that he had got cancer of the tongue on the right side going down towards the back of his throat. It was decided that he would undergo a series of chemo therapy and after that a series of radio therapy to see if it could be treated. Months later when all the treatment had finished, Ben had lost lots of weight and all his hair fell out through the chemo. At this point it seemed that it had gone and all was well but Ben had trouble eating, lost weight and that hecould not sound words correctly because of the seriousness of the cancer in his tongue. Also his saliva glands had become overactive and were producing copious amounts of saliva which obviously embarrassed him. During this period his constitution was overwhelming the way he was handling this. Not long after this, Ben felt that he had a burning sensation on the right side of his neck. After seeing the consultant again he and his parents were told that the cancer had come back in the form of a tumour and were advised to start the chemo and radio therapy treatment again. Ben started yet another treatment programme. Neither Ben nor his parents asked THE question as they were afraid of what they might be told. The consultant discussed this matter with both Ben and his parents and were told that the tumour would and could not disappear and that he would always have this. Ben is now undergoing a “top up” session of chemotherapy every 2 weeks. We have been told recently that the tumour has shrunk but will always be there until Ben says enough is enough and discontinues the treatment. Then, I’m afraid, the tumour with start to grow again and the obvious will happen. Through all this treatment over the last 18 months or so Ben has not had the opportunity to go on holiday until a couple of months ago when his consultant gave him permission to go abroad for a holiday.This was where the other problems started to happen. They had to get Ben insured and it cost his parents £3.500 to insure him to fly and to make sure that certain things were in place if he were to have a problem whilst on holiday. So, they all went on holiday and he had a fabulous time getting some well deserved sun on his back and came home fully recharged. He looked good. Obviously with the above we do not know how long Ben has got left and this is one of the reasons why I was trying to get this on Surprise Surprise with Holly Willoughby to see if we could make his wish come true. He would love to visit one of these film studio sets where you can have an exclusive tour of the whole site taking in all the adventures in the trip. His parents would never be able to afford something like this and the cost of the insurance would be r
Derbyredman - 2-Oct-18 @ 10:54 AM
Feeling very confusued as my parents health declines , and the anger that my parent is displaying towards me , asking for my help and then being very shoret and abrupt with me when you try to do what is asked . I wonder if they are intentioally driving me away .
silversearch - 29-Mar-13 @ 9:21 AM
Hi-Please help. Is there a support group for family members of those that are caring for a terminally ill partner in the Bloomington, Indiana area? Thank You, Tina
Lady Jade - 18-Feb-13 @ 5:33 PM
Thankyou for these pages. I am caring for a lovely lady who is battling cancer very bravely. She is also coping with a husband who will not hear of anything other than a cure,and will not entertain any mention of the alternative. This is aided and abetted by her oncologist whom I have worked for indirectly for years. The scraps we have had as nurses trying to get a realistic and humane resus status are too numerous..........and of course while there is life,there is hope. Albeit,he leaves no stone unturned,and no avenue unexplored. It saddens me to know that she has the weight of his denial at a time when she craves honesty and support,but such things are beyond my remit,sadly. I am gently encouraging her to share wishes,memories,have family and friends visit on good days etc,but often run out of solutions. Thankyou again,Clare
fuzzypeg - 10-Nov-12 @ 6:47 PM
Title:
(never shown)
Firstname:
(never shown)
Surname:
(never shown)
Email:
(never shown)
Nickname:
(shown)
Comment:
Validate: