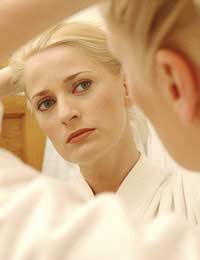 When faced with the knowledge that one is terminally ill, there are a number of emotions that must be managed. Disbelief, fear, anger, and sadness are all common, and while not all terminally ill patients come to accept their fate, many do. It’s important to remember that acceptance is not about giving up; it’s about finding peace.

In her renowned book, “On Death and Dying,” Elisabeth Kubler-Ross outlined five distinct stages that are typical to the grieving process associated with a terminal diagnosis. She acknowledged that not all people go though the stages in order and some do not necessarily experience all five. Kubler-Ross’ five stages of grief are:

Denial: Disbelief would seem to be a natural first reaction to any sort of terrible news, and especially when such news hits close to home. Anger: The inherent injustice of a terminal diagnosis is not lost on those who have received devastating news. “Why me?” is a common way to express this feeling. Bargaining: Once the news of a terminal illness begins to set in, patients are bound to reassess their lives and look toward the future that they had hoped and planned for. Focusing on specific events that are especially meaningful, such as the graduation of a child or birth of a grandchild, can add to the overwhelming sense of loss, prompting the ill to wish for enough time to be present at a milestone event. Depression: Depression and sadness is a natural precursor to acceptance. With the realisation that the end of life is in sight, often comes overwhelming sadness. The magnitude of the anticipated loss can be extremely hard to accept. Acceptance: Not all terminal patients are able to make peace with the notion of dying, but the sense that one has accepted their fate can result in a greater sense of calm for the patient and those who are closest.

Many people go through their lives doing their best to control and conceal heir emotions, especially feelings of fear, anger, or sadness. Discomfort with emotional expression can hamper the process of accepting a terminal diagnosis, however, and can make grieving a much more painful process. All people experience both positive and negative emotions, but some feel the need to act upbeat, even if that is contrary to what they are feeling inside. It is important that those closest to a terminally ill patient encourage them to express themselves freely as talking about their feelings can help terminally ill patients to work through them, leading toward calm and acceptance.

When they are first diagnosed, many people are determined to fight and win out over their illness. While refusing to give up easily is a noble act, some terminally ill patients will not beat the odds. There is no shame in coming to a point of acceptance of a terminal illness; in fact, quite the contrary is true. Once a patient is comfortable that they have done all that they could in hopes of regaining their health, accepting the inevitable can help patients to make the most of the time they have left, focusing on the quality, rather than quantity of their remaining days.